Helping you to be healthy and happy while studying at NTU 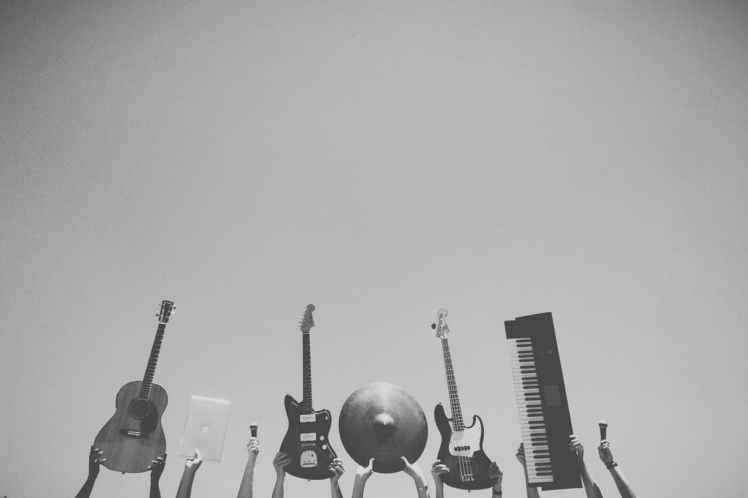 Listening to music has always been my way to unwind and as a result, I decided to pick up a guitar in my early teen years and learn to play. At first, as with anything, I wasn’t very good; but I honestly didn’t care, the love I had for playing was far more important to me than how it sounded to other people. As time went on, the feeling I got from playing just became stronger and stronger, so naturally, it became a coping mechanism. Guitar was what I turned to when I was feeling stressed and anxious; even depressed through a few periods.

After much anticipation and through lots of hard work, my first term of university came around but after a few weeks, I was already struggling to cope with the workload. Naturally, I turned to writing music. As the term progressed, however, playing guitar was having less and less of a positive effect on my academic stress; it just became repetitive and it really wasn’t going anywhere. It was only in the build up to Christmas that I joined a band. After joining this small indie rock band, I noticed a huge increase in my mood. As the year progressed, the work got harder and the pressure built up, but my band remained a constant. I really started to see the results of the effort I put into my music and to some extent, I think that gave me the push I needed to put that same amount of effort into university.

In retrospect, I am so glad I made the decision to take my music to another level. It gave me a regular social environment and in some cases, band practice was the best part of my week. University really is a stressful time, but what really helped me wasn’t necessarily playing in a band, but just having a stable constant there which you can use as support. I believe that this is one of the biggest reasons I was able to deal with my anxiety so well and to anyone who is currently struggling, I can’t stress enough how helpful it is to make time for yourself, and find something to help you unwind.

For help and advice whilst studying at NTU, take a look at the following for sources of support.
Personal Pastoral Support at NTU (general worries and anxiety, homesickness, loneliness, a relationship breakup, or a bereavement)
Support from NTU
Silvercloud: SilverCloud is our online system designed to help with a range of mental health issues.
Depression advice
Counselling
Wellness in Mind: Advice and support for anyone in Nottingham experiencing issues with their mental wellbeing
Struggling at Uni? Go to Student Minds
10 Keys to happiness

We’ve created this hub to help you look after yourself while at Nottingham Trent University. Don’t forget you can also visit www.ntu.ac.uk/healthyntu for details of our health and wellness programme led by Student Support Services.

Get in touch at healthyntu@ntu.ac.uk

These blogs are the individual views of the authors and do not necessarily represent those of Nottingham Trent University.